On December 8th 2015, legislation to allow medicinal cannabis to be grown and manufactured in Victoria (The Access to Medicinal Cannabis Bill 2015) was introduced into State Parliament. It is hoped that the legislation will be passed by February 2016 and children with severe epilepsy are expected to be among those given first access to the medicial marijuana. 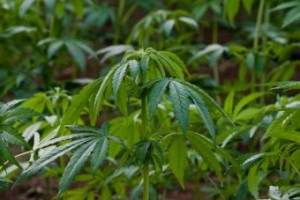 y the Victorian Law Reform Commission handed down in October advised the Government on how to prescribe and regulate the drug. The legislation will “provide a legal framework to enable the cultivation and manufacture of safe and high-quality medicinal cannabis products,” the Government said.

Health Minister Jill Hennessy said access to the drug would be rolled out gradually and eventually be made available to palliative care and those with HIV.

“I know patients are knocking down our door asking when they’ll be able to access medicinal cannabis, we’ve got two important steps to take,” she said.

“The first is we’ve got to get a safe product produced and manufactured here in the state.

“The second is we’ve got to have the right clinical oversight in terms of which patients get access and how we prescribe it.

“We can only produce a product at a small scale to begin with and then scale up, that’s why we’re starting with the kids with epilepsy.”

The Victorian government will also establish the Office of Medicinal Cannabis to oversee the manufacturing and dispensing of medicial marijuana, while an independent medical advisory committee on medicinal cannabis would also be created.